The Gamification of Customer Service

In gaming, players often set themselves apart by not only completing the game, but also knocking out the myriad achievements and challenges included in the game. In Angry Birds, for example, there is a whole set of achievements for surpassing the scoring milestones set for each new installment.  For instance, I unlocked the “Episode 3 – Score Addict” achievement by scoring more than 4.8 million total points across 60 levels in episode 3.

This particular achievement required some dedication on my part as I had to play certain levels hundreds of times to bump my score up high enough. Other achievements, such as the “Pig Popper” achievement (for smashing 1,000 pigs) are earned by simply playing the game long enough.

Each reward comes with an on-screen notification and cool badge or icon that can be viewed in the game’s achievement center. This model of rewards encourages engagement by recognizing progress, commitment, and in some cases, the abundance of free time. But how does this work for customer service?

Essentially, the gamification of customer service rewards service and support agents for accomplishing an endless variety of milestones that can be either seriously tied to business performance, or be tongue-in-cheek efforts at helping agents enjoy their work.

You may remember back in the 70s and 80s when people were crazy about buttons for their favorite musical acts. Whether it was The Clash, The Go Gos, or Duran Duran, people bought the small circular buttons and affixed them to their favorite leather or denim jacket, and gave the world a little idea of what they were all about. Sort of like tattoos that could be swapped out as your tastes changed.

Customer service achievements work similarly as they can be shared or displayed at the agent’s work station. An added bonus to the personal reward is to create a friendly environment of competition aside from the standard call center contests, which typically net winners a cash incentive, gift cards, or some other type of swag. Agents will be rewarded and recognized in the normal course of completing their work every day.

For example, agents could receive an achievement for handling 50 cases in a week, meeting their service level goals, getting five positive customer reviews, and so on.

In some games, like Gears of War or Call of Duty, players are even awarded ribbons for silly things like being the first player killed or the player killed the most times in a team event. Now, in the customer service environment you’re not likely to award people not being good at their job, but the point is that achievement can always be silly. They act as simple reminders that someone is paying attention to the work they’re doing.

As a whole, gamification is a great way to keep agents engaged, have fun, and promote better customer service. 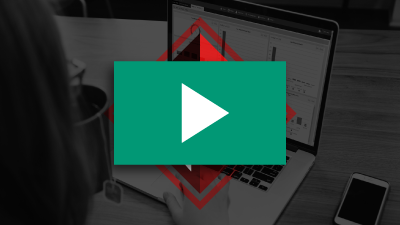 Interested in a video demo of our products? Click the button below to get started.
Watch a Video Demo